There have been several large Bitcoin crashes since the decentralized cryptocurrency single-handedly kicked off the blockchain era in January 2009. Every single crash so far has been followed by a recovery, which is why it shouldn’t come as a surprise that a growing number of Bitcoin investors believe that Bitcoin crashes don’t matter at all. To understand their reasoning, you need to be aware of the long history of Bitcoin crashes and the forces behind them.

Even though Bitcoin has been around for just 10 years, it has died in a spectacular fashion several times already.

Arguably the first major Bitcoin crash happened between June and November 2011. In just a few months, 94% of Bitcoin’s value evaporated as a direct result of the Mt. Gox hack. Mt. Gox was a Bitcoin exchange based in Japan, handling over 70% of all Bitcoin transactions worldwide during its peak.

On 19 June 2011, a hacker managed to use credentials from a Mt. Gox auditor's compromised computer to steal over 850,000 Bitcoins, including 750,000 Bitcoins owned by the customers of Mt. Gox, and sell them all nominally right on the exchange.

Even though Mt. Gox remained operational until February 2014, when the exchange suspended trading and filed for bankruptcy protection from creditors, the impact of the hack was immediate, and the crash that followed remains the largest in Bitcoin’s history.

Just one year after $460 million worth of Bitcoin was stolen from Mt. Gox, hackers found a way how to exploit a vulnerability in cloud services provider Linode and steal Bitcoins worth $228,000 stolen from its customers.

Despite the fact that the magnitude of this hack pales in comparison with the hack that forced Mt. Gox to shut its doors, it still resulted in the value of Bitcoin dropping down by 36%, from $7 to $4.

“All activity by the intruder was limited to a total of eight customers, all of which had references to 'bitcoin,'" Linode's advisory stated at the time. “The intruder proceeded to compromise those Linode Manager accounts, with the apparent goal of finding and transferring any bitcoins. Those customers affected have been notified.”

As we’ve stated earlier, it took Mt. Gox several years to shut down for good after it was hacked in 2011. Seemingly oblivious to what happened just two years ago, Bitcoin users continued to flock to the exchange, which was not ready to meet such a high demand. The situation quickly went from bad to terrible when cyber attackers took the opportunity to create even more problems for Mt. Gox, launching targeted DDoS attacks against it.

The exchange quickly became unavailable, and the uncertainty that ensued caused the value of Bitcoin to fall from $266 to $54. However, Bitcoin didn’t stay under $100 for too long. Instead, it embarked on a massive rally and eventually peaked at about $1,150 on December 4.

When Mt. Got finally filed for bankruptcy, it kicked off a bear market that lasted until January 2015, when Bitcoin bottomed out at $170, losing nearly 90% of its value. “The virtual currency is looking increasingly beleaguered, and its price had been dropping steadily in recent months. At the start of 2014, bitcoin was trading at as much as $1,000 a coin. Today's value is just a fifth of that,” wrote Business Insider at the time.

“Some people are beginning to worry that bitcoin is stuck in a self-reinforcing negative price cycle in which bitcoin hoarders are being forced to sell bitcoin to meet their dollar-based costs, and the excess supply of bitcoin cheapens its price—which makes dollar costs and debts even more ‘expensive’ for bitcoin holder.”

Indeed, Bitcoin’s future looked very bleak at the time, but that’s only because the longest rally in Bitcoin’s history was just about to start, eventually ending with a new all-time high of $20,089.00 on Dec 17, 2017.

Very shortly after Bitcoin achieved what many assumed was impossible, the price of bitcoin fell by about 65% and the cryptocurrencies' market capitalization lost at least $342 billion in what’s now called the 2018 cryptocurrency crash.

It’s difficult to pinpoint exactly what caused the 2018 cryptocurrency crash. Some analysts blame everything from tight regulations to light trading volumes in Asia to an unsustainable price run-up. Others argue that the crash was caused by a handful of large players manipulating the entire cryptocurrency market for profit.

Regardless of what the truth really is, the fact remains that the 2018 cryptocurrency crash felt like the end of mainstream interest in cryptocurrencies. With Bitcoin, the most popular cryptocurrency in the world, proving itself to be too volatile to be considered a safe investment, nobody would give it yet another chance, right?

If you’ve been paying attention to Bitcoin’s price in recent weeks, you, of course, know that the answer is: no. Just like before, Bitcoin has managed to bounce back in a spectacular fashion, which shows that its fiat price is not nearly as relevant as many analysts have wrongly assumed. For the first time in the history of money, there is an economic paradigm that provides true economic autonomy to all people in the world, freeing them from the shackles of centralized financial institutions.

In its very essence, Bitcoin is promising the same radical paradigm shift as the internet, which connected the whole world. “Twenty years ago, when the internet was just starting to gain momentum, it was in a similar state of development as Bitcoin is in today,” explains CCN’s Evander Smart.

“Bitcoin is following the Internet’s lead, in essence, building its own blockchain technology on top of the Internet’s existing virtual blockchain, if you will. Bitcoin’s growing influence on monetary systems and global commerce are set to be similar in depth to the Internet’s inherent ability to change the way we all communicate worldwide,” he added.

In countries like Venezuela, people have a deep understanding of why we need alternatives to established financial institutions and centralized means of payment, and they value Bitcoin not because they can profit from its fluctuations or because they can use it as the new gold, but because it allows them to enjoy economic autonomy.

Bitcoin has crashed several times before, and it may crash again in the future. However, it can be argued that Bitcoin crashes actually don’t matter at all because the true value of the world’s first cryptocurrency comes from its ability to give people true economic autonomy, freeing them from the shackles of centralized financial services. 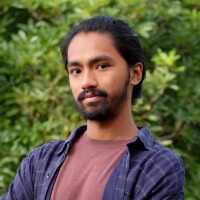